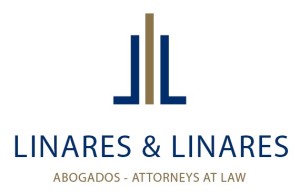 Mr. Linares during his professional career has been involved in various law areas and fields, mainly in Corporate, Trade, Labor, Maritime and Procedural Law, among others.

As Vice President, Director, General Manager, Legal Manager and Consultant of various international companies, he has interacted with the most important law firms, leading legal and procedural strategies, as well as in decision making that involved law aspects.

PATRICIA TOVAR, is a lawyer with more than 22 years of experience, graduated from the Faculty of Law and Political Science of the University of San Martin de Porres in Peru, with a Master's Degree in Business Administration with Emphasis in Business Management from Universidad Latina of Panama, and post-graduate studies at the ESAN University in Peru, Finance Specialization for Lawyers, as well as a Specialization Diploma in Collections by the ASBANC Association of Peru.

Currently, she is part of the corporate area in the firm.

JUDITH L. LINDO, is a lawyer with more than 8 years of experience, graduated from the Faculty of Law and Political Science of the Latin American University of Sciences and Technologies (ULACIT in Panama).